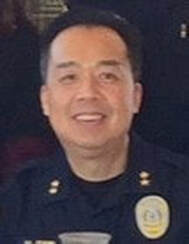 ​At its meeting on Monday, September 28,  2020, the Katy Independent School District Board of Trustees named Henry Gaw as the district’s new chief of police. He brings 26 years of law enforcement experience.

Gaw joins Katy ISD from the Houston Police Department, where he served as police officer in the Central Patrol and Robbery Divisions; Sergeant with the South Central Division and the Office of the Chief of Police; lieutenant with the Recruiting and Internal Affairs Divisions; Deputy Chief of Staff and Chief of Staff; Assistant Chief of Police for Patrol Support Command; and most recently, Assistant Chief of Police for Patrol Region 1.
​
Gaw holds a bachelor’s degree in political science and a master’s degree in strategic leadership.

During his career, he has strived to forge partnerships among the community, businesses and other law enforcement and governmental departments. One example was HPD’ s work with school districts, which has helped to improve relationships between police, students and campus staff members.

“I am looking forward to joining the Katy ISD team,” Gaw said in a news release. “Building relationships with officers, school staff and students is very important to me. I plan on being very visible and accessible, as officers and I work together to ensure we are consistently delivering effective, efficient and compassionate services to the Katy ISD school community,” added Gaw.